An art project orchestrated by Foster Eastman about Canada’s involvement in Afghanistan.

Foster Eastman is a multi-disciplined artist whose work examines social and cultural issues often shrouded in taboo and stigma. Recent exhibits have considered diverse issues including the atrocities that occurred in China under Mao Tse-tung, the challenges returning Veterans from Afghanistan face as they reintegrate into civilian life as well as installations that leverage visual arts practices to give voice to those struggling with depression and suicide.

Foster’s lestweforgetCANADA  mural, created with Veterans and community members was featured at the National Day of Honour breakfast in May 2014 for families of the fallen hosted by the Prime Minister and during Remembrance Day week ceremonies at the Canadian War Museum. 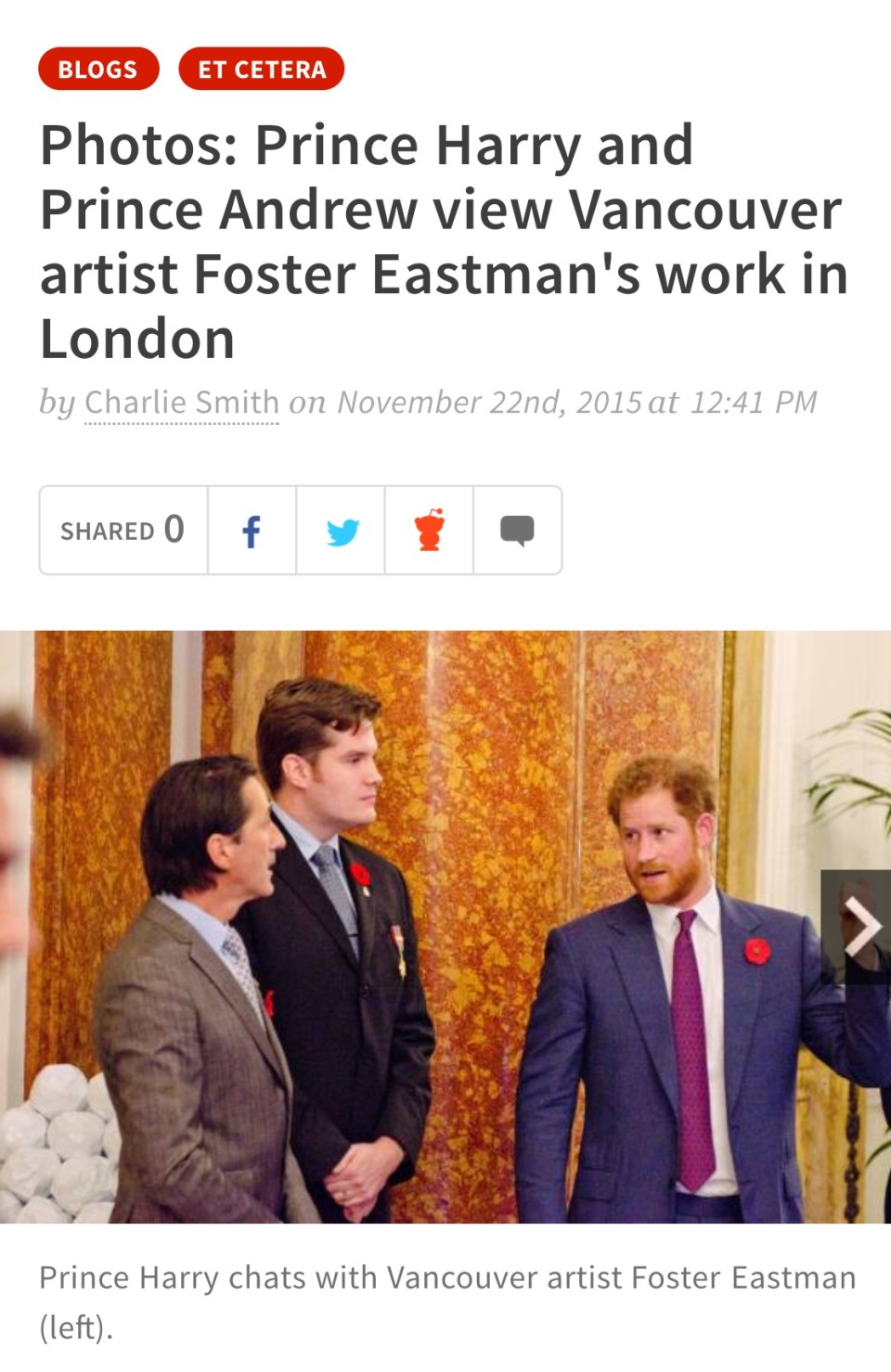 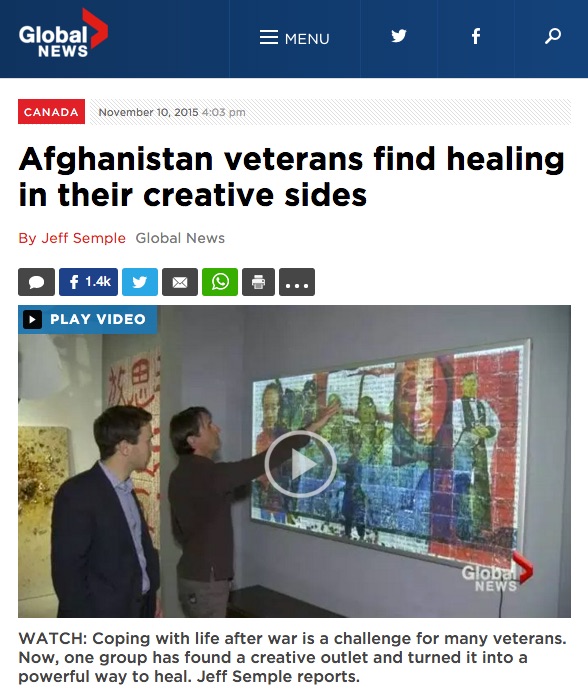 Straight.com | Kandahar to Canada: Vancouver tribute pole shines a light on the journey of veterans

At Foster Eastman’s studio in Coal Harbour, a group of veterans are huddled around the early stages of a tribute pole.

Covering the surface are satellite images of Kandahar and Kabul, along with the names of military ranks, which the men are in the process of carving into the wood.

It’s all part of a project aimed at telling the stories of the veterans—their tours in Afghanistan and the challenges they face once they return home—and helping them to heal along the way.

“With men, if they’re busy with their hands, they tend to talk more,” Eastman tells theStraight in an interview at his studio. “I mean, we’re not here to offer therapy, but I think if it happens, great. It’s almost like a side effect.”

Xwalacktun has been leading the veterans through the traditional First Nations process of creating a totem pole, beginning with the healing song he performed before they began carving. But the materials of this monument aren’t exactly conventional—the tribute pole consists of two coffins.

The caskets symbolize the 158 Canadian soldiers who died in Afghanistan, and the fact that many people who struggle with depression feel like they’re “trapped in a box”, according to Eastman.

Veterans Tribute Pole : the making of

TWO YEARS AGO, Foster Eastman lost a close friend to suicide. The Vancouver multimedia artist remembers feeling very angry over the loss. And like many who cherished the deceased, he’s still asking why it had to end that way.

“I was at his funeral and there was so much love and support there, and I just couldn’t believe how someone could not know that,” Eastman recalled in a phone interview with the Georgia Straight. “How can you take your own life?”

His friend had plenty of money and could have had all the help he needed to get better. The death taught Eastman some things.

“It’s helped me understand the various levels of depression and try to understand that even wealthy people, people with access to resources and access to health [services], they commit suicide too, and I have a hard time with that,” Eastman said.

Eastman continues to learn, largely through his collaborative art endeavours. One is called Man-Up Against Suicide, a project of the UBC-based Masculinities and Men’s Depression and Suicide Network.

Funded by Movember Canada, a nonprofit devoted to men’s health, Man-Up Against Suicide is a photo and art exhibit opening on May 28 at 1445 West Georgia Street, the former Buschlen Mowatt Gallery. The display aims to raise awareness of male suicide. 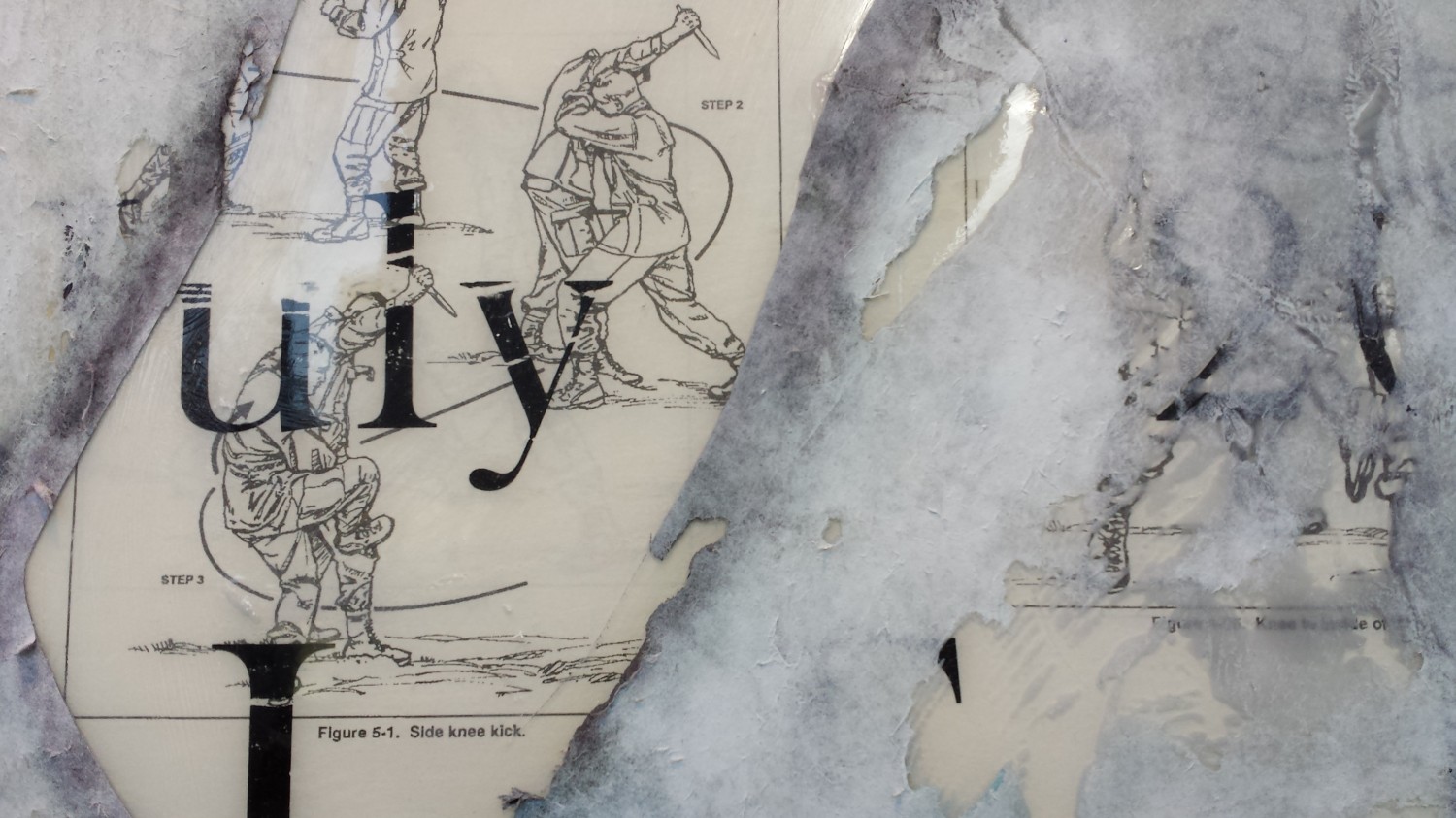